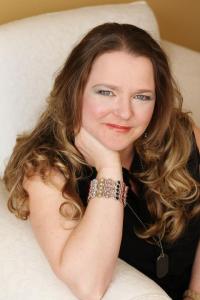 Karen Ford (nee Williams) was born in Toronto, Ontario, Canada, but grew up in Cavendish, Trinity Bay, Newfoundland.  It’s an hour drive from St. John’s, which is where she resides now with her husband, two children, and a psycho kitty, Oreo.

For the past fourteen years or so, she’s dabbled in fan fictional short stories.  Never thinking that one day one of her stories would ever be published, until February 2013, she published her first book – The One.  You can also find her book and future ones on her author website.

Karen is also the host to an online sci-fi talk webseries – The Sci-Fi Zone.

No part of this website or any of its contents may be reproduced, copied, modified or adapted, without the prior written consent of the author.

All pictures are credited to the people attached to them.